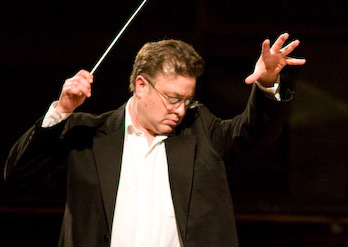 Born in Buenos Aires in 1958, Martin Matalon received his Bachelor degree in Composition from the Boston Conservatory of Music In 1984, and in 1986 his Master’s degree from the Juilliard School of Music. In 1989, having initiated himself in conducting with Jacques-Louis Monod, he founded Music Mobile, a New York-based ensemble devoted to the contemporary repertoire (1989-96).

Among his awards, Mr. Matalon received in 2007 the « Grand Prix des Lycéens », in 2005 the J.S Guggenheim fellowship and le prix de L’Institut de France Académie des Beaux Arts, in 2001 the award from the city of Barcelona, the Charles Ives Scholarship from the American Academy and Institute of Arts and Letters (1986), a Fulbrigth scholarship to France (1988).

In 1993, having settled in Paris, the composer collaborated for the first time with IRCAM and worked on La Rosa profunda, music for an exhibition at the Pompidou Centre on The Universe of Borges. The following year, IRCAM commissioned a new score for the restored version of Fritz Lang’s silent film, Metropolis. After that considerable work, Martin Matalon turned to the universe of Luis Bunuel, consecutively writing scores for three legendary surrealistic films by the Spanish director : Las Siete vidas de un gato (1996), for Un Chien andalou (1927), Le Scorpion (2001) for L’Age d’or (1931) and Traces II (la cabra) (2005) for Las Hurdes (terre sans Pain) (1932) .

Begun in 1997, the series of Trames, borderline works between solo concerto writing and chamber music, and the series of Traces, conceived for solo instruments and real time processing, constitutes a sort of compositional diary for their author, they form as well an important part of his catalogue.

He was the composer-in-residence with the Orchestre National de Lorraine and the Arsenal de Metz for the years 2003 and 2004. and from 2005 until 2009 he is composer in residence at the electronic studios of La Muse en Circuit.